We had 5 days in Yorkshire from the 28th May and managed to see some new birds whilst there as well as some other regulars.

When we got there we saw a Dotterel walking around on a field at Beacon Hill.  Also there was a Chiffchaff bouncing around tree feeding it’s chicks in a nest. 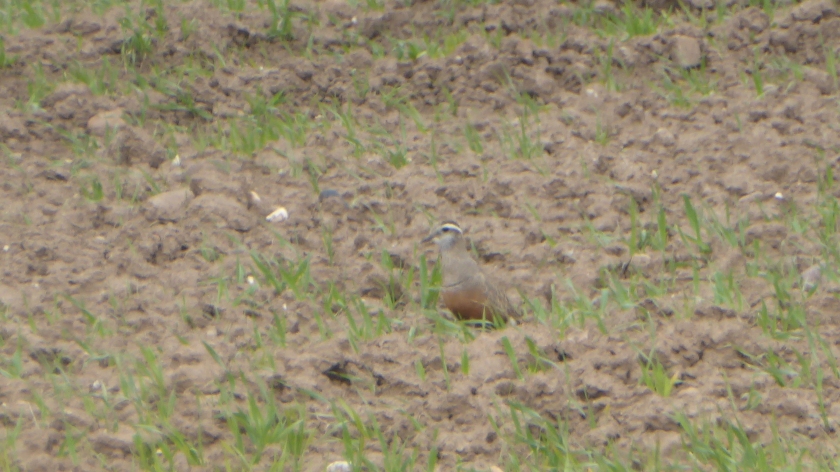 At the Caravan site there was a Temminck’s Stint feeding in Thornwick Pool, which we saw in the fog from the hide.

Next day it was still foggy and we were going to go to Bempton Cliffs, but changed our mind and went to Spurn Nature Reserve.  We were lucky that a Golden Oriloe turned up and we tracked it down sitting in a bush.  I tried to get photo but it was too foggy and too far aware to get a good shot.  Whilst hunting for the Oriole saw a Roe Dear and Barnacle Geese, also a Swallow landed on a post in front of me. 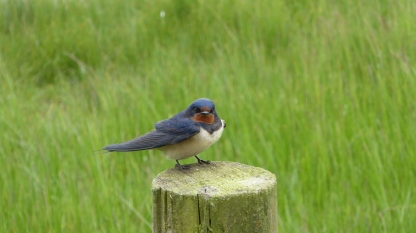 Then we drove to Sammy’s Point and saw a Red Backed Shrike sitting on a wire fence.  Also we had an excellent view of a Spotted Flycatcher, which was flying up and catching insects and then returning to its bush.  A Whimbrel was sitting in the mud and three flew past, this was good as I needed it for my year list.

On day three we went to Filey and did some rock pooling and fossil hunting.  We saw various crabs (hermit, shore, edible and broad clawed crab), sea anemones, sea slug with eggs, sponge, butter fish and the highlight was a long clawed squat lobster. 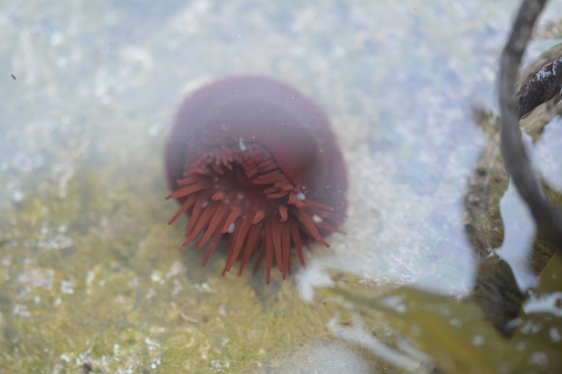 Day four was Bempton Cliffs it was still foggy, but in the afternoon it finally cleared.  There were lots of Razorbills, Gillimots, Gannets, Fulmers and a few Puffins on the cliffs with a Shag flying through.  There were also Tree Sparrow and a Swallow nest at the centre.  We noticed plastic in some of the nests on the Cliffs, which mentioned on a previous post. 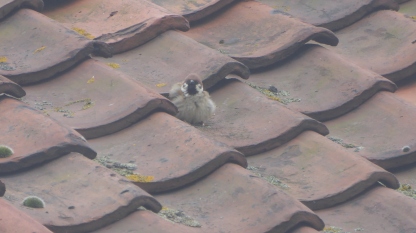 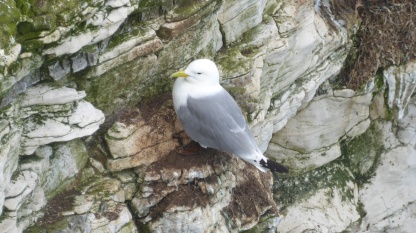 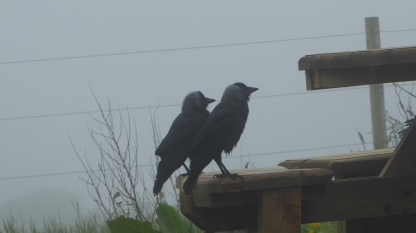 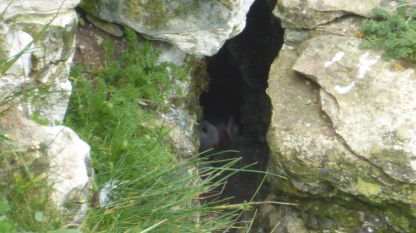 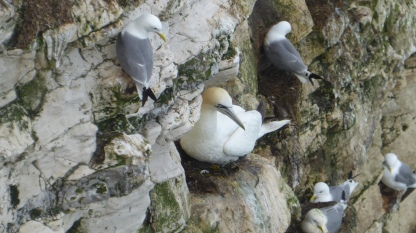 We then went to Thornwick Bay after and saw a Red Backed Shrike on a bush and a Curlew Sandpiper in the Pool, which put me on 199 for the year. 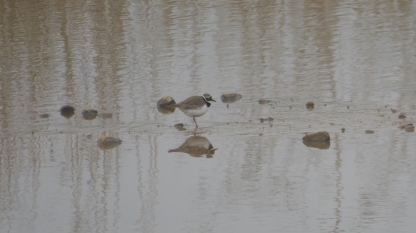 On day five we stopped off at Rutland Water to see Osprey.  I spotted one flying over Lagoon 4, this made it my 200th bird for the year.  Also at Rutland we managed to get a good view of a Garganey and were lucky to hear and then see a Nightingale fly, which was a great end to our week’s holiday. 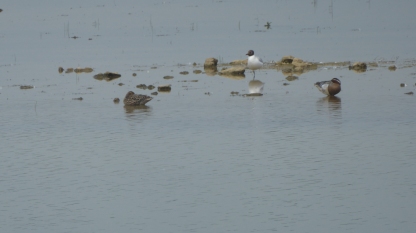 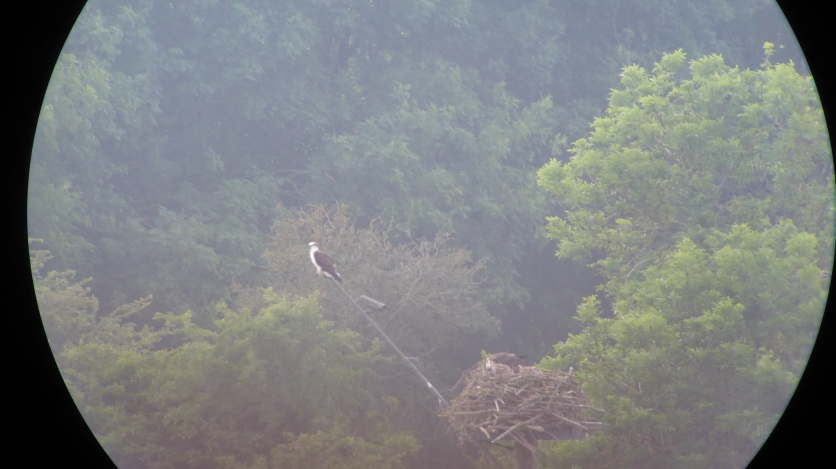