Today I was lucky enough to go on the fourth annual London Young Birders meet-up at RSPB Rainham Marshes organised by Samuel Levy and Arjun Dutta.

Once I had arrived I decided to set off early down the sea wall to see if anything unusual was around before everyone arrived.  There were a few Little Egrets that flew down the Thames but didn’t manage to find anything out of the ordinary.. 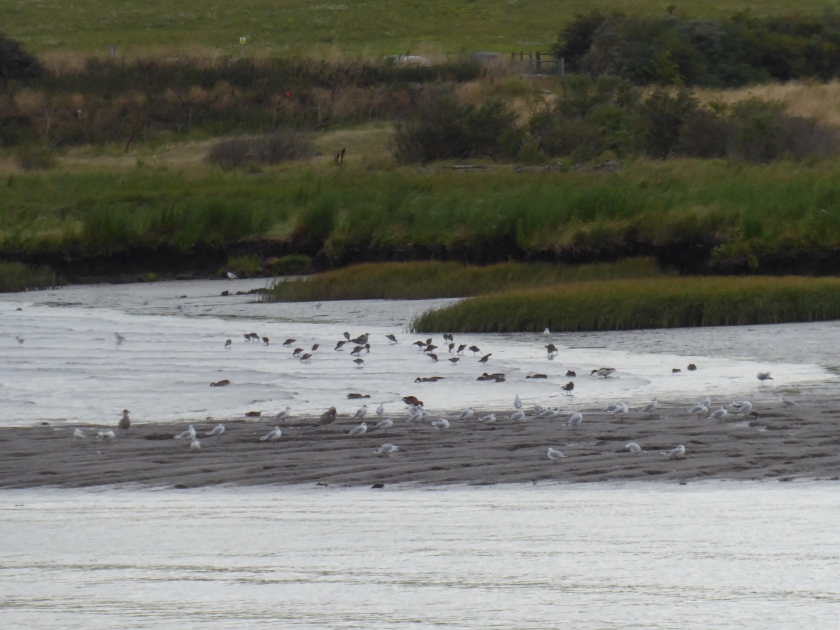 When I got back from my brief walk everyone was around the bottom of the stairs with Howard Vaughan of the RSPB.  Howard advised that there was a Cattle Egret that had been seen around the reserve that we may see.  Once we had all said our hellos we went down the sea wall.  Calum and Fraser had kindly brought their scopes so that we could see across the river, which resulted in a Whimbrel, Black Tailed Godwit, Oystercatcher and some Common Terns going down river.  As we carried on down towards the bay we found a Kestrel and Sparrow Hawk flying around.  Within the bay, feeding on the mud flat we found a Ruff, Curlew, Shelduck, Gadwall, Common Sandpiper and more Black Tailed Godwits. 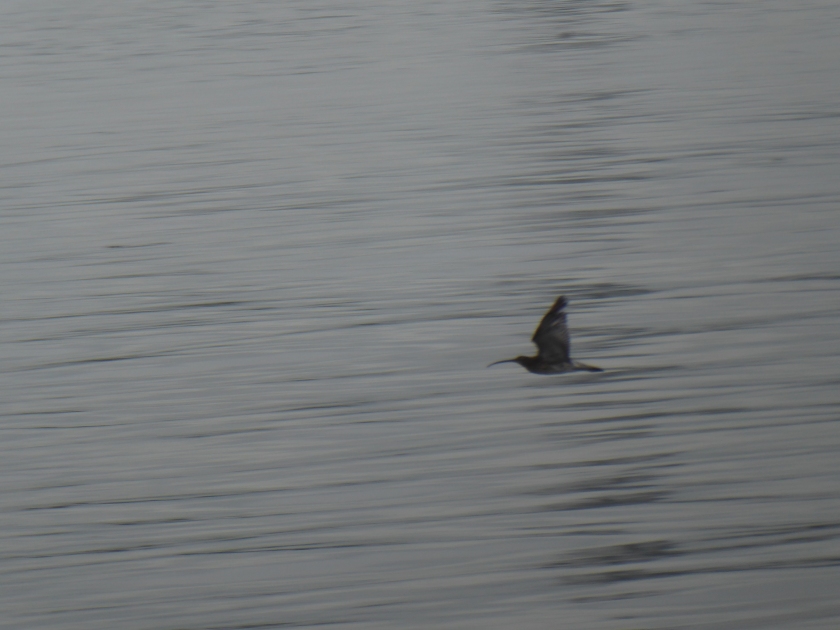 We ventured to the Serin mound and saw Skylarks singing and a Yellow Wagtail flew over.  In the bushes we found Chiffchaff, Willow & Garden Warbler, Whitethroat and a Robin hopping around.

Whilst we were looking at the Warblers, Calum found an odd Egret that turned out to be a Cattle Egret, this was an adult and different to the one that Howard had mentioned earlier.  In the stream a few Bearded Tits flew around and ‘pinged’ in the reeds.  As we walked back along the sea wall there was a seal which popped its head up in the Thames. 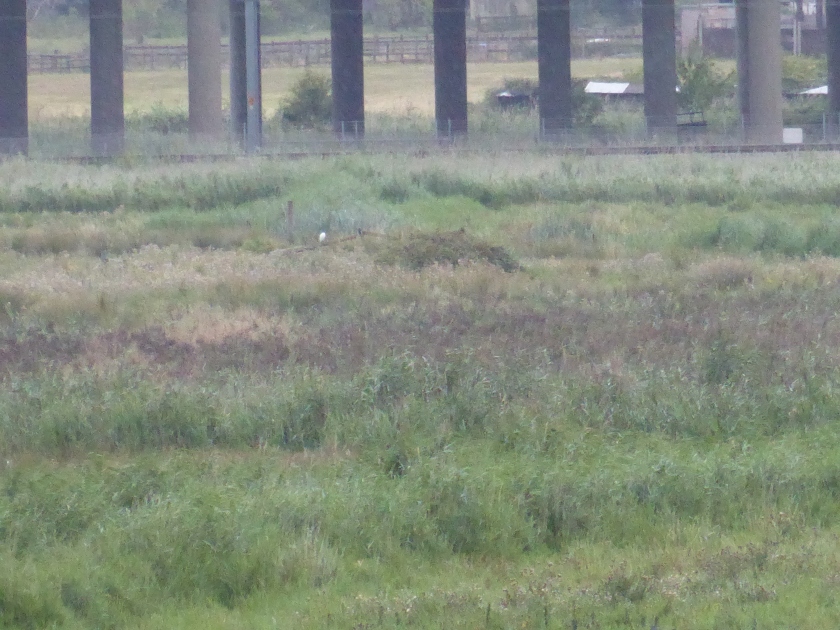 Next we went into the reserve and walked to the dragonfly pools onto the butts hide.  There were Pochard, Mallard, Little Grebe and Coots swimming around. There was also a Common Sandpiper and Black Tailed Godwits feeding. 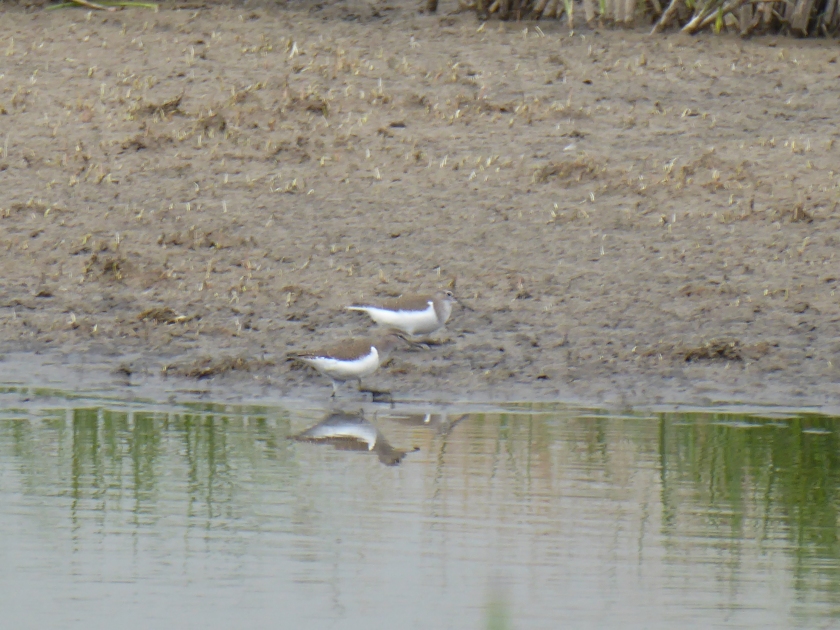 Then Kabir and I noticed two Sandpipers fly around the corner of the hide, we thought they were Green Sandpiper, we found them later on confirming our initial identification. 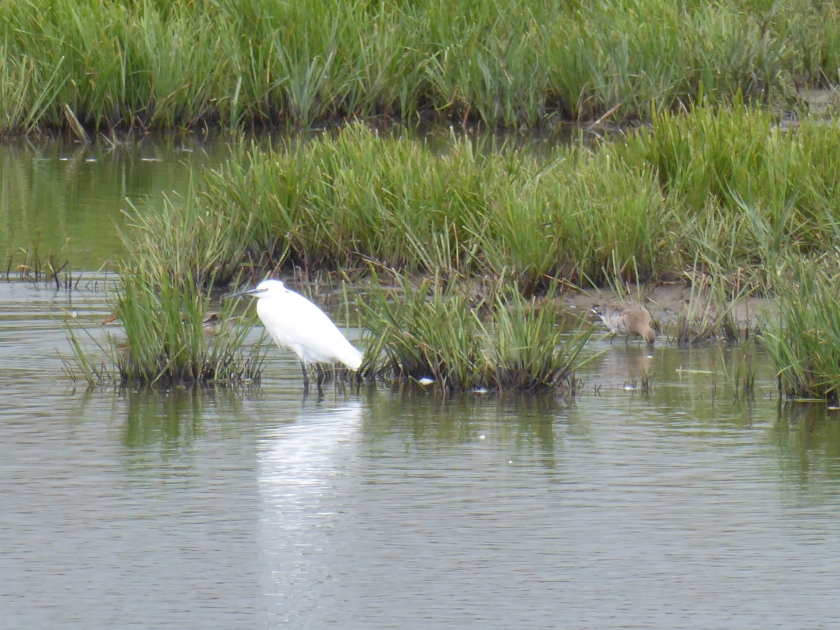 A Marsh Harrier flew above the reeds hunting as we walked towards to the boardwalk.  Looking out at the boardwalk platform Sholvers, Gadwall, a surprise Wigeon, plus Canada & Greylag Geese were swimming in the pool. We then scanned for Waders and someone spotted a Wood Sandpiper briefly in their scope.  A Grey Heron stood at the side,  a Cormorant was sunning itself with its wings open and in the reeds a Marsh Frog was sitting peacefully. 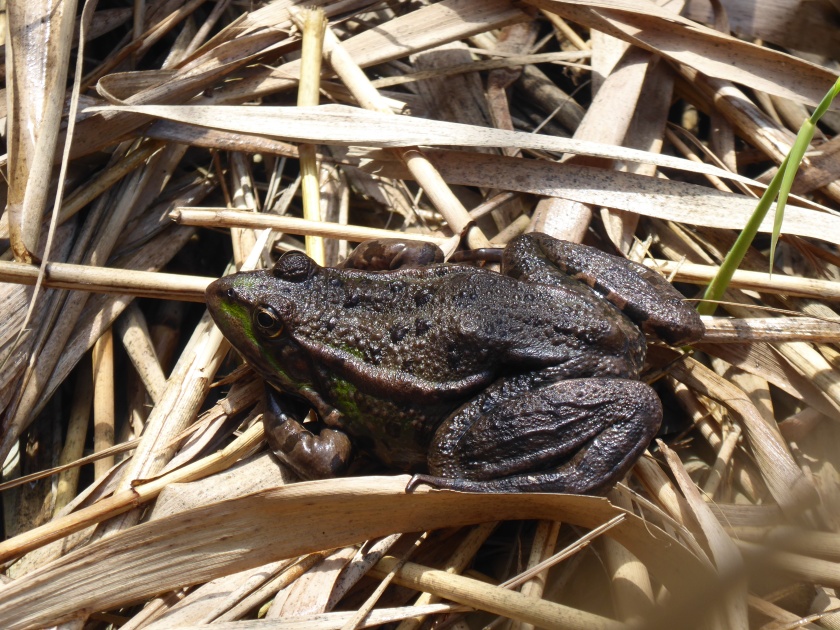 We then walked to the Ken Barrett hide and had great views of a Snipe, a Moorhen was walking around with a Common Sandpiper and two Ruff. 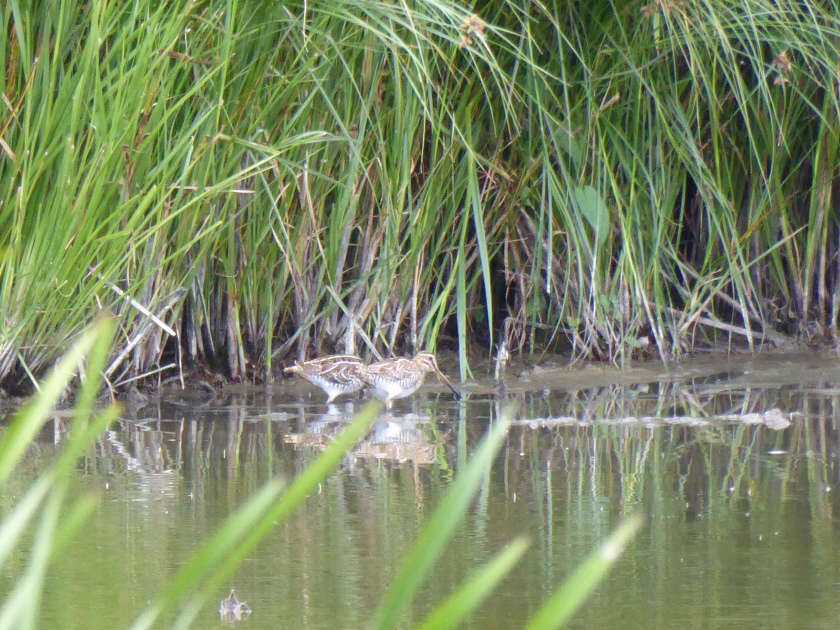 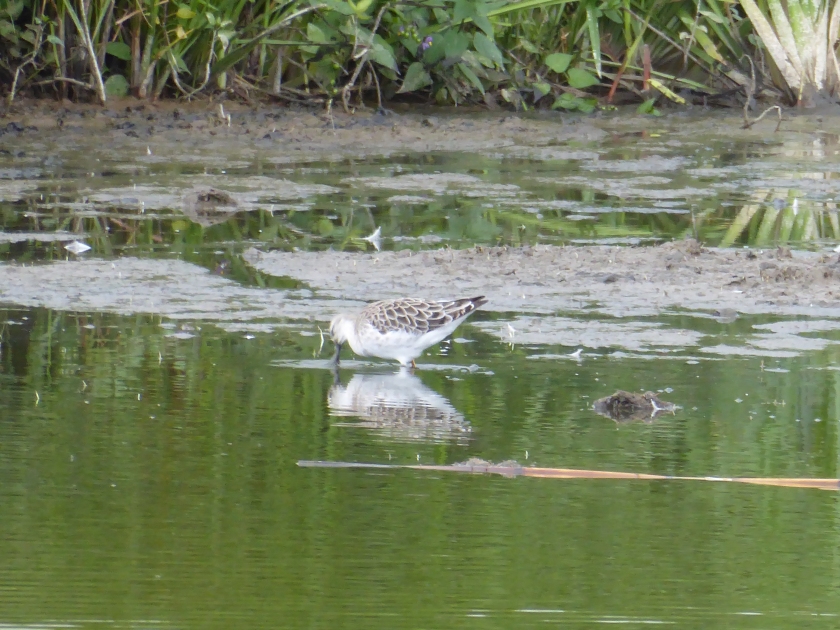 Whilst we were in the hide it started to rain heavily, as it died down a few of us started to walk on.  We used our scopes and found the Barn Owl sitting within its box.  The others were lucky to find a female Bullfinch, which I managed to see flying disappearing into a bush and also saw a Whitethroat pop up.

We continued into the woodland where we saw Chiffchaff, Blackcap, Blue, Great and Long Tailed Tits.  We carried on walking towards the centre, we took a break and compared notes on what we had seen during the morning.  By now we had spent about 6 hours walking around the reserve and had found over 70 different species of birds.

We were just leaving the centre when Howard called out “Barn Owl flying” – it flew in front of the centre and carried on towards to the bay.

The last bird of the day was a Hobby flying over the reserve.  It was a great end to the day after finding a variety of birds and meeting up with fellow young naturalists & friends.